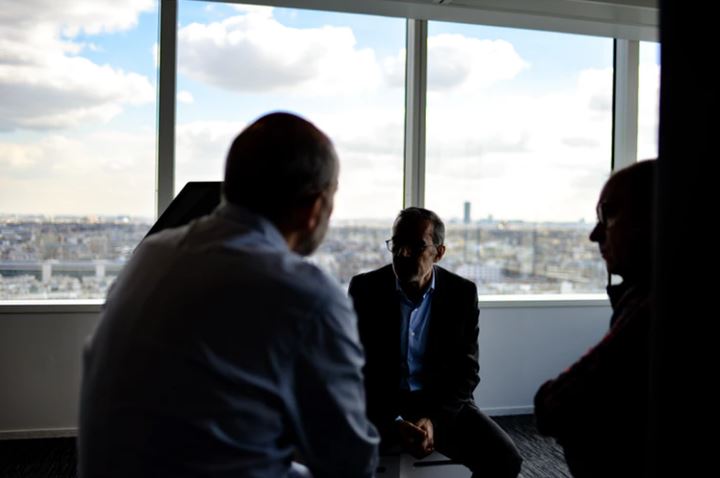 Funeral directors at funeral homes in Dayton, OH will be your resource for making funeral arrangements for your loved one. However, you may be familiar with other funeral home staff titles like undertakers, morticians, and embalmers, and you may wonder how they relate to the funeral home director and the funeral home itself.

The term undertakers is perhaps the oldest word relating to the disposition of the dead. As church graveyards, family cemeteries, and public cemeteries began to be used to bury the dead, the role of the undertaker was an important one. Undertakers were responsible for transporting the deceased to their final place of rest.

As undertakers became associated with death, they often were perceived negatively by their communities, except when someone died and needed to be moved from their home to the gravesite where they were going to be buried.

Transporting the dead was usually not an undertaker’s primary profession. In fact, most undertakers in the past were carpenters or woodworkers who built coffins in addition to their other building or furniture-making endeavors.

That relationship, in fact, was the genesis of the funeral home in American. These carpenters, who assumed all the responsibility for arrangements of the deceased, saw the need to provide these services in a formal and respectable environment where families could honor and respect their dead.

The title of undertaker was transformed to mortician in the late 1800s. It referred to the person who was responsible for overseeing all of the funeral rites for dead people. This included arranging the funeral service, preparing the body for burial, and doing the burial at the graveyard or cemetery.

Embalmers are often a specially trained funeral home staff member – not the overseer of all the final arrangements – that prepares the body for viewing and for burial. Embalming became a common practice after President Abraham Lincoln’s death in 1865. The late president’s body was embalmed for a train tour across the country before it was taken to its final resting place.

The general public embraced embalming as a way to preserve their deceased loved ones for viewings and for burials. Embalmers are licensed in every aspect of preparing and preserving the body. The embalming process includes washing the body, preserving it with embalming fluid, arranging the body for display, dressing the body, grooming the body, and applying cosmetics to make the body look as lifelike as is possible.

What Is the Difference Between Embalmer and Mortician?

An embalmer is someone who prepares bodies for burial by sanitizing and preserving them. A mortician is someone who works with the bereaved, helps plan funerals, and oversees the burial process. While both occupations require deep respect for the dead, embalmers focus more on the science of death, while morticians focus more on the service aspect.

Funeral director is the modern term for the funeral home staff member who oversees every aspect of funeral arrangements for deceased people. Funeral directors have an expansive educational and certification process that they must complete before they can be called funeral directors.

Funeral directors take care of the details of a funeral. These can include:

If you’d like to meet funeral directors at funeral homes in Dayton, OH, our compassionate and experienced staff at Glickler Funeral Home & Cremation Service can help.

What’s the difference between an undertaker and a funeral director?

Can you have a funeral without a funeral director?

Although you can technically have a funeral without a funeral director, it is not recommended. A funeral director can help ease the burden of organizing and executing a funeral and can provide valuable guidance in what can be a challenging and emotional time.

How do I choose a funeral director?

You should first get recommendations from friends or family who have recently used a funeral director. Once you have a few names, you can check online reviews to get an idea of each service’s quality. It’s also essential to visit the funeral home in person and speak with the staff to see if they are respectful and attentive.